skip to main | skip to sidebar

Choose Your Own Blog

See All Of Our Blogs!

My First "Fear of Clowns" Update in over two years... 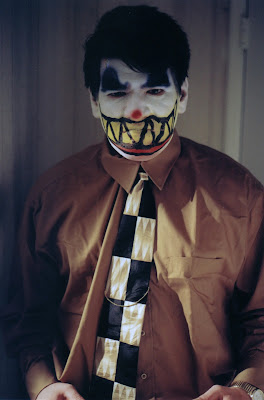 An image from the original ending that was deleted.

Why am I back to discuss this flick? Well, next year I get the rights back from Lionsgate after a long 15 years. I'm not sure why they never chose to exploit the digital rights to the flick, but whatever--they probably figured since it wasn't spelled out in the contract--which was done pre-streaming--they might not own those rights explicitly.

Well, I don't have the finished version of this movie anymore--the master is on digibeta, and I don't have a digibeta machine any more.  I DO have the exported individual scenes of the movie, but they were shortened later.

So I'm having to go through and piece the movie together. Then I ripped the final version of the flick from the dvd, and am now going through and making it about the same. I'm changing a few things--some shots, for instance. I'm correcting mis-matched eyelines whereever I can.

And all that annoying blurring-out of movie posters and stuff at the end of the flick? No need for that any more. So now you'll get to see exactly the time period we were dealing with as you're regaled by the posters and banners of every movie coming to that theater we shot in.

I'll do some color correcting and some audio fixing where I can.

I plan to put the film up on Amazon next year--gotta go look up what month the rights revert back, but that's when I plan on it. Probably won't make much money on it--Amazon has once again decided to fuck us indies by lowering rates again. (what else is new?)

It will now be to the point that a person streaming my entire movie will get me paid about two cents. That's not a typo.  Sure, you can earn higher if your movie gets a lot of views, but what's the chances of that happening with a movie that's 15 years old?

But hey, there's your update.
Posted by Kangas at 5:50 PM

Never Been Here Before?

Check out my films on imdb! 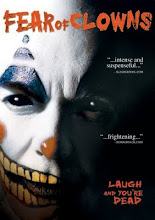